The F marque is named after the iconic Fuji Speedway, the home of Lexus high-performance models. It represents Lexus’ dedication to performance, speed and a thrilling experience. F Philosophy is the name given to this commitment to enhance driving pleasure.

The letter F represents a series of Lexus cars that are designed and engineered to deliver a level of performance and help to create amazing experiences, while still maintaining Lexus’ sophisticated luxury, advanced technologies, safety and leading automotive engineering.

Lexus has never shied away from the spotlight or competitor turf since its first unveiling in Germany with the Lexus LS. Germany’s prestigious Nürburgring circuit is a demanding course which demonstrates the weaknesses of any vehicle with its varied elevations and sharp turns. Therefore, it's adept that F models that are born directly on the track, where they are rigorously tested on the same track where medals and victories are claimed.

Japan’s legendary Fuji Speedway is amongst the world’s challenging race tracks. In Europe – Lexus models are tested on the Nürburgring track. F models are honed on the on the track, but ultimately, designed to be accessible to drivers around the world – not merely admired as concept cars.

Lexus has always been recognized as a rational brand with the highest quality, lowest ownership costs, and the best after-sales care. Under the leadership of Mr. Akio Toyoda – Lexus is entering a new wave where it is also becoming a rational brand, one where drivers all around the world are excited about driving their cars.

Mr. Akio Toyoda, the President & CEO of Toyota Motor Corporation is the fourth generation of the Toyoda family. In 2009, he became the Chief Branding of Lexus as well as the Lexus Master Driver. Literally and figuratively behind the wheel of each Lexus vehicle, Mr. Akio Toyoda shapes the driving exhilaration of each Lexus. 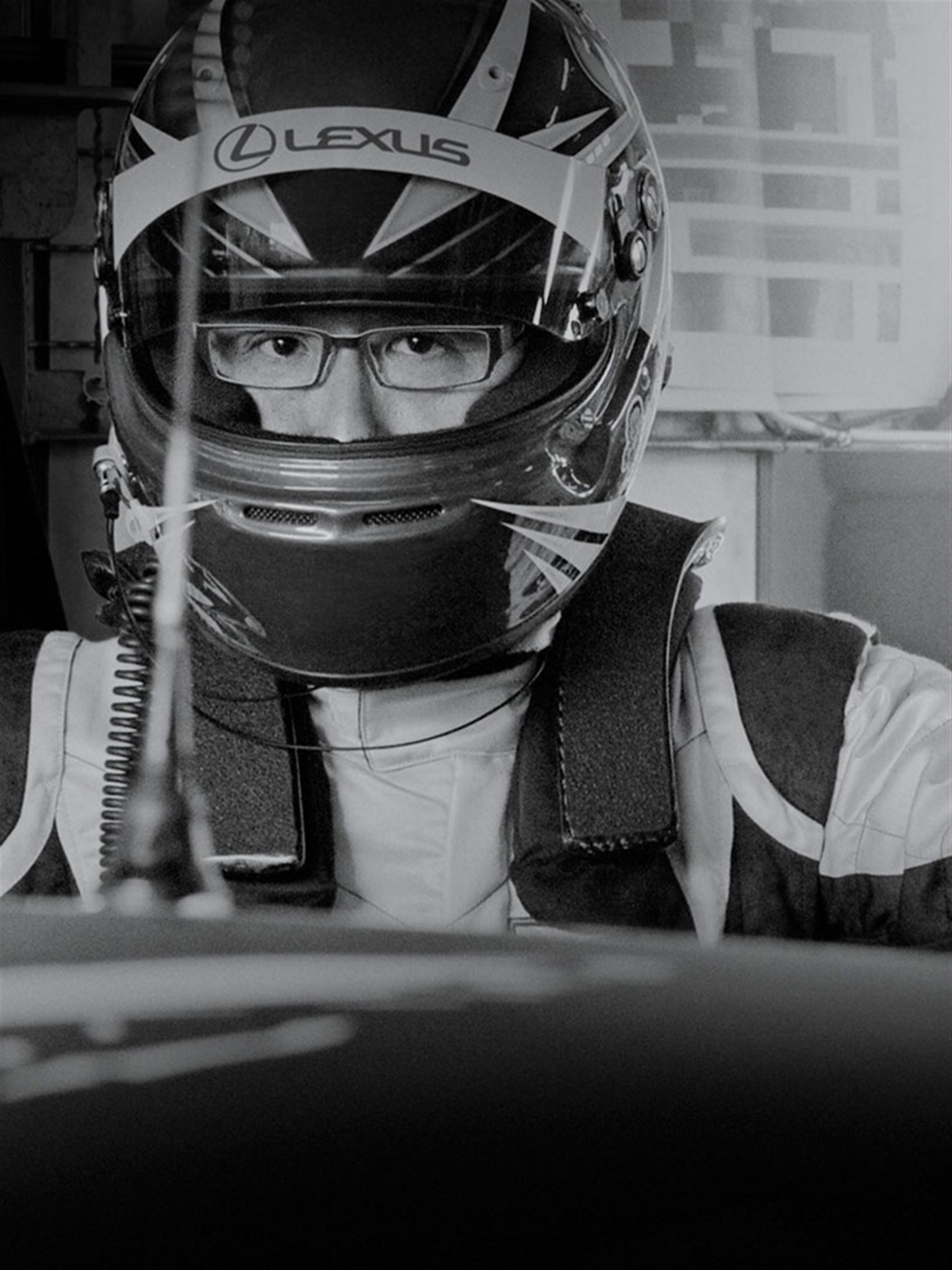 “I believe a car should be built only if it is great.”
- Akio Toyoda

The F story began in 2007 with the launch of the IS F, which featured a compact yet powerful 5.0-litre V8 engine that produced enough torque to generate 423 hp and is capable of accelerating up to 100km/h in 4.8 seconds. In its day, it achieved the world’s fastest shift speed in 0.1 seconds.

The IS F also featured Lexus’ version of Vehicle Dynamics Integrated Management (VDIM), which provided braking control, traction and stability functions, steering assistance and gearshifts. Drivers have the choice to select the transmission Sport Mode allowing for the ultimate sports driving and drifting. Drivers are even able to switch between turning the VDIM system on and off to replicate the kind of driving and handling enjoyed by race drivers.

The F line was further fortified with the introduction of the LFA (500 units were only manufactured between 2010 and 2012) and thereafter, the RC F coupe and GS F sedan were introduced for the tenth anniversary of F Philosophy.

After more than a decade of research & development, Lexus engineers unveiled the ultimate sports car. This model became the most responsive in the Lexus line, with enhanced steering, suspension and braking. A powerful V10 paired with an Automated Sequential Gearbox breaks the lap record at the Nürburgring circuit.

FROM CONCEPT TO ROADS

In 2014, Lexus continued its F legacy with the RC F (based on the RC coupe) – the V8 powertrain underwent extensive development to sharpen the responsiveness by using lighter body components, and larger brake discs to deliver an acceleration of 7,000 rpm.

Responsiveness was further strengthened with several initiatives to improve technologies like a Torque Vectoring Differential (a first for a front engine and rear wheel vehicle), which allowed for left and right torque to be adjusted for precise cornering. Furthermore, the eight-speed Sports Direct Shift transmission offers five operating modes: Eco, Normal, Sport S, Sports S+ and Snow. These technologies allow immediate modification of the powertrain to suit driver abilities and all driving conditions between the everyday commute to track racing.

Inspired by the LFA supercar, in 2016 Lexus unveiled a world-class, sporty coupe that features one of the most powerful 5.0-liter V8 engines available. A 10-speed Direct Shift transmission races through gears with lightening precision. This model is also offered with a Multi-Stage Hybrid system, a breakthrough that reimagines the entire concept of hybrid performance.

The Lexus F has become the emblem of continuous advances in sports driving and testing on the world’s most famous tracks, like Fuji Speedway and Nürburgring circuit. All the road testing is done to achieve the best handling, power, responsiveness and the best quality of the engine sounds. The result of the extensive efforts of Lexus engineers and designs are cars that deliver a thrilling driving sensation and give the driver the ultimate handling no matter the speed or road conditions.

Thank you for your interest, use our form below to provide us with a few details and let us know what time you would like to book a video consultation with your local Lexus centre. Our team will be in touch to confirm this with you.